Mitrovicheaps praise on Fulham captain after brace against Reading 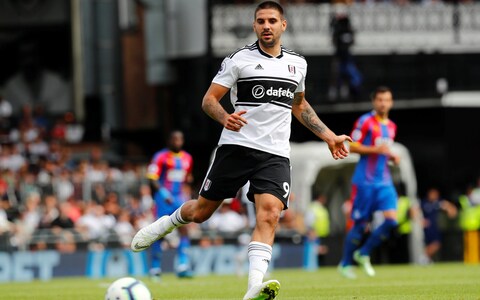 He told: “He has started scoring again this season and that is good for him and the team. He is a great player and scorer. He knows that he has the ability to come up with goals for the team, with his shooting from distance or running into the area. And he created a lot as well. We told him all the time in training that we know the goals will come for him, because he has that ability, especially from long range. Last season maybe his confidence dropped a bit and he stopped trying to shoot.”

Fulham did not have the best of starts to the Championship season but they have recently picked up their form and are currently on a five-match unbeaten streak. That run sees them occupying the fifth spot on the table and they are within a couple of points off Leeds United, who are holding onto the second automatic promotion place.

For the weekend, the west London side are scheduled to face Charlton Athletic at home. The Addicks made a strong start to the season but they have dropped down the table over the past few weeks. Still, Lee Bowyer’s side are just one point behind Fulham and can’t be taken for granted, considering they recently got the better of Leeds United with a 1-0 triumph.