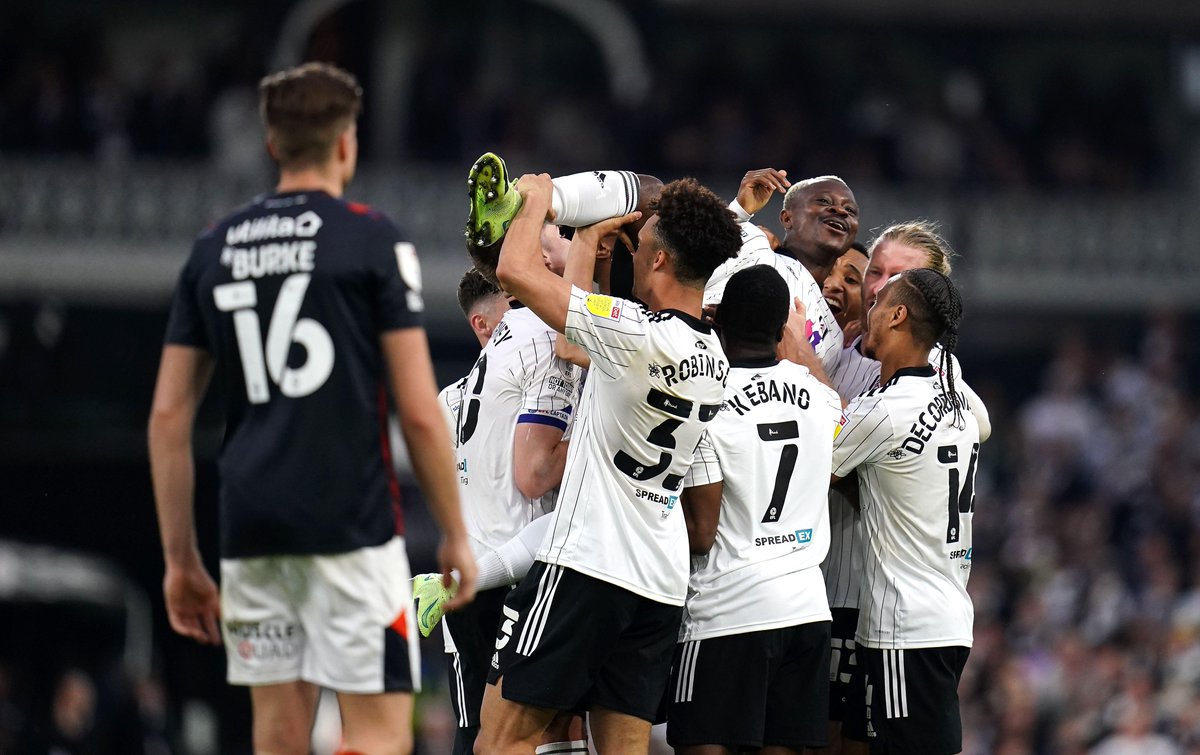 Premier League promotion had earlier been sealed for Fulham after they beat Preston North End 3-0 at home two weeks ago thanks to a brace from the aforementioned Mitrovic. Young Portuguese winger Carvalho also scored for the Cottagers during the game against Preston.

Fulham came into the home game with Lutonon Monday night knowing that a win will seal the title and they achieved it in style by scoring seven goals without a reply from their guests. It took close to half an hour for Fulham to register the first goal of the game and they never looked back afterwards. English midfielder Tom Cairney was responsible for the opener on 29 minutes before fullback Kenny Tete added a second Fulham goal ten minutes later. The goals from Cairney and Tete gave Fulham a 2-0 lead at the break.
After the break, Fulham ran riot by scoring five times with Mitrovic responsible for two of the goals. Bobby Reid, Fabio Carvalho and substitute Jean Michael Seri also scored for the Cottagers in the second half.
Fulhamwould be joined in the Premier League next season by Bournemouth after they secured second spot by beating Nottingham Forest 1-0 at home. Welsh striker Kiefer Moore scored the only goal of the match with seven minutes left to play. His goal propelled the Cherries to the Premier League. A third team will join Fulham and Bournemouth in the Premier League after the playoffs later this month.