Posted by isport on Wednesday, 28 September 2016

Fulham continued their sterling form even as they were hosted by Wigan. The visitors have started the new campaign brilliantly, and they maintain the record despite their travels. Wigan Athletic were lucky to avoid another successive defeat in the keenly contested affair. 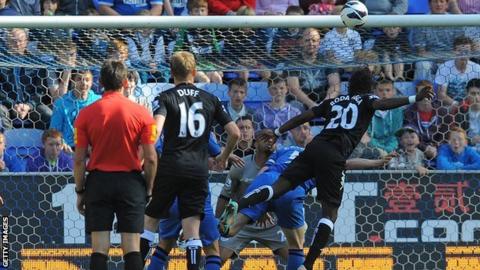 Fulham enjoyed slightly more football possession, but couldn’t convert the chances to goals. They played better in the first half with Neekens Kebano’s effort coming close. Wigan’s Yanic Wildschut drove the ball in and found Michael Jacobs but he couldn’t hit goal. The visitor’s shot stopper David Button had to dig deep to save an effort from Nick Powell.

The draw ensures Wigan move up a spot on the current standings. The coach Gary Cauldwell said: “I think if we can get our defending right, we will win a lot of football matches. As an attacking team, I don’t think there’s many better in the league.” Cauldwell hinted that he was impressed with the passing and the goal attempts in the season so far, but hopes that the defence would really improve with time.

Fulham dropped two points with the draw. Hence, they have dropped out of the top six on the league table. Coach Slavisa Jokanovic said: “I cannot be satisfied because we didn’t win the game. In my opinion we played very well, especially in the first 45 minutes. We defended very well but it was the same problems as the last two games. We had a problem opening up the game, and we didn’t create enough chances.”

Fulham could only force one real attempt throughout the game despite coming close five times. On the other hand, the host had more attempts but only really threatened twice. They had more corner kicks, but caused more fouls. The English Championship continues to provide surprises week in week out.